As Jesus was coming out of the water, he saw heaven being torn open Mk 1.10 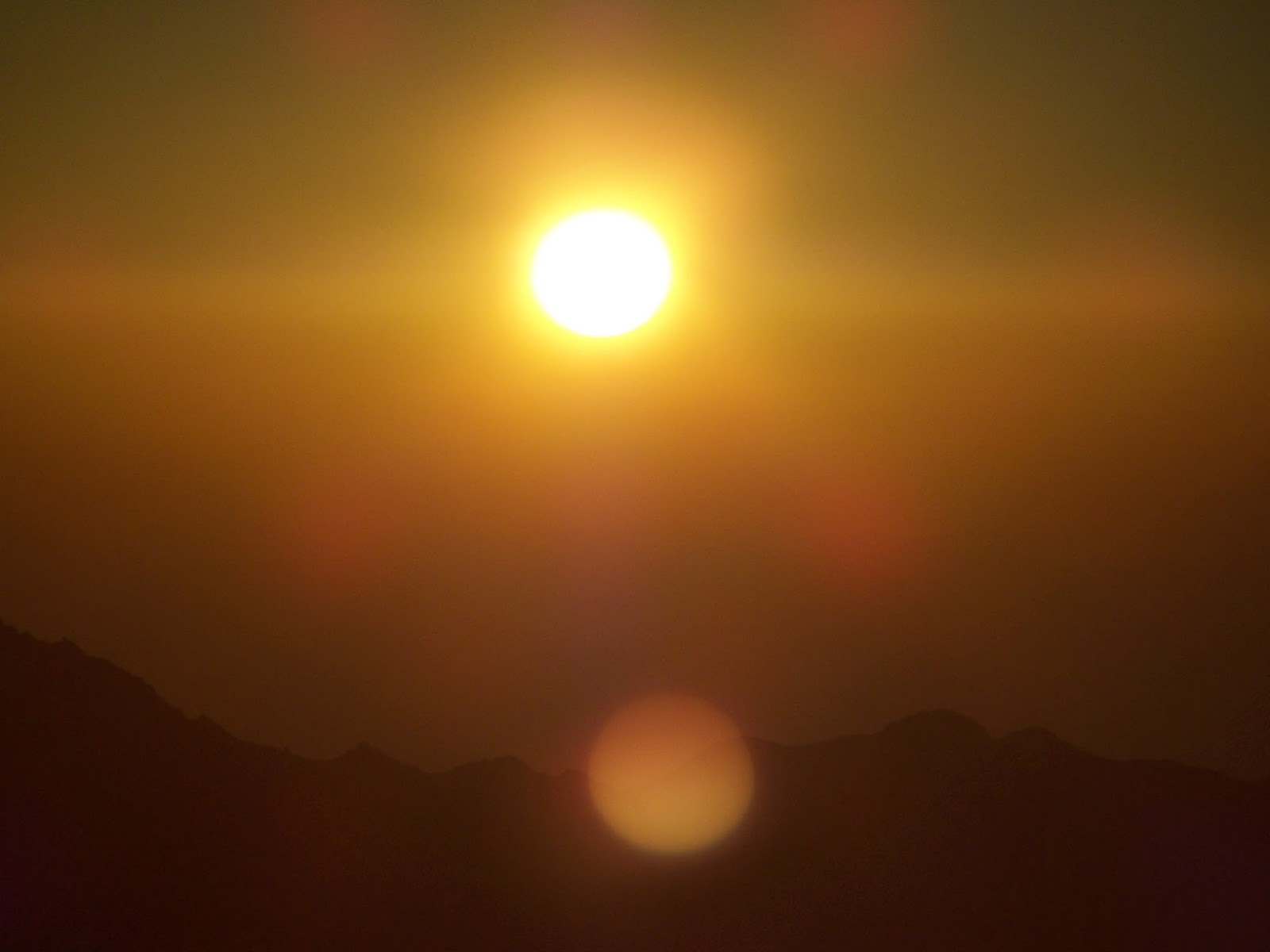 What's your picture for those words? The clouds parting? A ripping across the fabric of the sky?

The Bible writers have a way of showing us God's view of how things are. They draw back a veil that normally hides God's perspective; suddenly reality shifts and all seems very different.

John does it from his prison on Patmos in the early chapters of Revelation. Chapter 4 begins with the words, "After this I looked, and there before me was a door standing open in heaven". Now, the one thing that's not going on is that God has turned the sky into an enormous blue Advent Calendar, with a window marked "4" suddenly pulled open.

Rather, a window into God's reality has been opened, and John suddenly sees everything more clearly than he did just a few moments earlier. He is in exile, in a world where chaos seems to reign, where bad things happen to good people and good things are reserved for the wicked. It feels like God has taken a vacation. And then - the veil is drawn back, the window is opened, life is very different.

John looks and sees a throne and someone on it. God is there. He is still God. It's OK.

Or think about Elisha in 2 Kings 6. The King of Aram, fed up of losing all his military secrets to the ears of the prophet, sets out with his army by night to attack the man of God. Elisha's servant gets up in the morning, opens the door, picks up the milk - and does an almighty double take. There's an army. Everywhere. They are surrounded. He closes the door, shakes his head, opens it again - still there. He calls his master and tells him.

Elisha responds: "Don't be afraid; those who are with us are more than those who are with them", and he prays - "Open his eyes, Lord, so that he may see". Suddenly the veil is drawn back, a window on God's reality is opened, and Elisha's servant sees the army of Aram surrounded by angels and chariots of fire.

Jesus steps out of the Jordan, having been baptised by John, and sees heaven torn open. There's still a river and a prophet and a crowd all around, but now there's more. Added to the physical scene all around him is a spiritual reality that changes everything.

I sometimes get asked how I got into music. The answer is because my Dad was a sportsman. Some of you have already understood - but let me explain anyway...

In his youth my Dad had a football trial with Leeds United; he really was very good. He tells a tale about being knocked over by John Charles. Even as he grew older he maintained his cricket playing, and was a terrific wicket keeper. Clearly all parents have hopes about their kids fulfilling their dreams, and totally naturally I think my Dad wanted me to do even better than he had.

The problem here was - I was mediocre at sports. Cricket coaching when I was a kid was my idea of hell. I'm the personality type that likes to be good at something. All the other cricketers' boys were terrific. And then there was me.

My Dad, bless him, couldn't always keep the look of disappointment out of his eyes. And that look fired me to find something else I could do - something I could do better than him. So I worked at my music.

But I need to tell another story, because that one might mislead you about the nature of my relationship with my Dad. And, after all, I am so grateful that I had that kick towards music!

After I was ordained, when I was working in Wales, there was a time when things were very hard, and I was really, really struggling. Everything was falling apart. Of course I didn't tell family. Except one day I snapped at my Dad on the phone, which I never did, and he got in the car and drove the several hours journey to see me to find out what was going on. Then I told him.

And he was perfect. He was everything I could have hoped for. Everything I needed.

Having that veil drawn back, that window on reality opened, life is transformed for Jesus. And immediately the Spirit compels him away from the overwhelming spiritual experience of that moment to -

To what? To the desert, to temptation, to wild animals, to angels too. To the remarkable range of things we face all the time in everyday life. But everyday life altered by the magic words of love that re-draw the shape of reality.

When we trust in Jesus, when we believe in him, when we open our hearts and begin the life of faith - we are, as St Paul says, "in Christ". And that means that what the Father says to Jesus, he says to us.

Let heaven be torn open for a moment and hear these words in your heart. They are for you. They say that God is here and he loves you. They say that he who is for us is greater than anything that might be against us. Though we fear we keep disappointing him, all we find is all we could ever hope for.

These magic words are not just for Jesus; as we belong to him, they are for us too. Hear them. Believe them. And then, we must go and live life shaped by them - whether in the desert, surrounded by temptations, with wild animals or with angels all about us.